Molesey is a pretty riverside village situated on the southern bank of the River Thames in the borough of Elmbridge in Surrey and extends north across the Thames into the London Borough of Richmond upon Thames.  East Molesey has a café culture, with restaurants, boutiques, antique shops, hairdressers and a spa clustered along Bridge Road close to Hampton Court Station.  There are stunning towpaths for walking and cycling along the River Thames and a large riverside park at Hurst Park.

East and West Molesey are sandwiched between the River Thames and the River Mole and also has large reservoirs.  Molesey is situated approximately 14 miles from central London and a short drive to the bustling town of Kingston upon Thames with its great shopping facilities including John Lewis and the Bentall Centre.

Cardinal Wolsey and Henry VIII’s magnificent Hampton Court Palace is a short walk across the bridge from the station situated on the River Thames with stunning gardens.

Molesey can track its past back to before the Domesday Book and in Bell Road there are some remarkable surviving medieval buildings. The Bell Inn with its wonky windows dates from the 15th century, and in the same road the Manor House and adjoining Quillets Royal date from the 16th century. There are large, impressive Victorian and Edwardian mansions and smaller villas and cottages in the conservation area around Palace Road and Kent Road, and in the Molesey Old Village conservation area south of Walton Road.

Schools:  There is one primary school in East and West Molesey judged “outstanding” by Ofsted - the Orchard Infant School in Bridge Street, which takes pupils up to age seven, after which most go on to St Lawrence CofE Junior School.   The nearest comprehensive school is Esher CofE (co-ed ages 11 to 16) which is judged “outstanding”, as is the other Esher comprehensive Hinchley Wood (co-ed ages 11 to 18), and there are two highly academic Kingston grammar schools, Tiffin School (boys ages 11 to 18) and Tiffin Girls’ School (ages 11 to 18). Local pre-prep schools include Emberhurst in Esher and Athelstan House in Hampton. Prep schools include Weston Green in Thames Ditton (co-ed ages two to 11); Twickenham Prep (co-ed ages four to 13) and Hampton Court School (co-ed ages two to 16). There are top-performing private schools in Hampton, and in Kingston there is Kingston Grammar (mixed, 11 to 18).

Open space: Hurst Park is a large riverside park and home to the Molesey Cricket Club with the historic ground where cricket has been played since 1731. There are secret walks among the reservoirs and along the River Mole; the Molesey Reservoirs, west of Hurst Park are being turned into a nature reserve.

Leisure and the arts: the nearest council-owned swimming pool is the Hurst Pool in Dunstall Way; the Pavilion Club on Hurst Lane is a popular private sports club with tennis courts and a swimming pool.  There is a Cricket Club situated close to River Thames in East Molesey with a popular cafe.  The Island Barn Reservoir Sailing Club is based on the reservoir and the Molesey Boat Club is a top rowing club next to the cricket ground in Hurst Park. 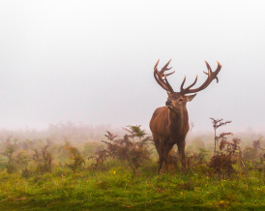 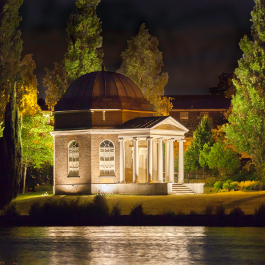 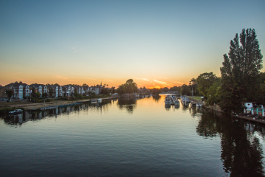 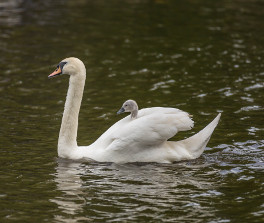